This article was written by Royal Dornoch Golf Club.

Golfers at GEO Certified Royal Dornoch are usually hoping for birdies, eagles and the occasional albatross.

But the Highland golf club has teamed up with the Royal Society for the Protection of Birds and The R&A to tee up an innovative competition aimed at more than 70 members of their Wildcat and Minis sections.

In partnership with the local primary school, the historic club’s next generation of golfers are being encouraged to immerse themselves in Mother Nature while they’re working on their game.

“While our famous links attract golfers from all over the world, we are lucky to share the Championship and Struie Courses with a rich array of wildlife, flora and fauna,” said Royal Dornoch club captain and retired teacher Willie MacKay.

“The bird spotting competition has proved popular with the youngsters at Dornoch Primary School taking part in our coaching sessions.

“It has certainly caught the imagination of our next generation of members, who all received RSPB pin badges with their competition entry forms.

“There’s scope for broadening this out to older kids and also encouraging other golf clubs in the area to join us.”

The RSPB has been boosted by a £500 donation for pin badges from the captain’s charity fund and the youngsters have received logoed golf balls.

“I was speaking to a neighbour’s five-year-old granddaughter and enquired if she was enjoying the Minis golf on Thursday evenings,” said Willie. “She assured me it was great fun. She was also delighted with her RSPB pin badge, adding ‘I saw an oyster catcher while we were walking the dog on the beach.’

“The youngsters kept an eye open for birds like swallows, oystercatchers, yellowhammers and skylarks.

“Later in the year the project can focus on Canadian geese that descend on nearby fields in their thousands, and other wildlife including otters, porpoises and seals in the Dornoch Firth.”

Dr Marie Athorn, business conservation advisor with the RSPB and The R&A partnership, hopes golf clubs around the country will be inspired by the Royal Dornoch initiative.

“We created RSPB pin badges to help with fundraising and awareness,” said Marie, who has been a member at Sickleholme Golf Club in the Peak District since childhood.

“These were on sale for a suggested £3 donation at various outlets in St Andrews during the 150th Open Championship.

“When we reached out to Royal Dornoch, they decided to launch the bird-spotting competition. It is an exciting initiative that we’d like to see replicated at clubs around the country. The feedback has been fantastic.

“Golf courses account for around 126,000 hectares of land in the UK and the RSPB, with 150,000 hectares, is the fifth biggest landowner.

“Royal Dornoch is lucky in that it has a wonderful year-round habitat on the famous links landscape. It’s wonderful to see kids getting into golf becoming aware of the relationship with nature and the rich wildlife around them.”

“We are aware of our role as guardians of the famous links and the wildlife,” he said. "The relationship with the primary school and our young golfers is an ideal opportunity to educate future adult members on our responsibilities and what the greenkeeping team does to protect our environment.”

This article was originally written for Royal Dornoch's website and can be found here. 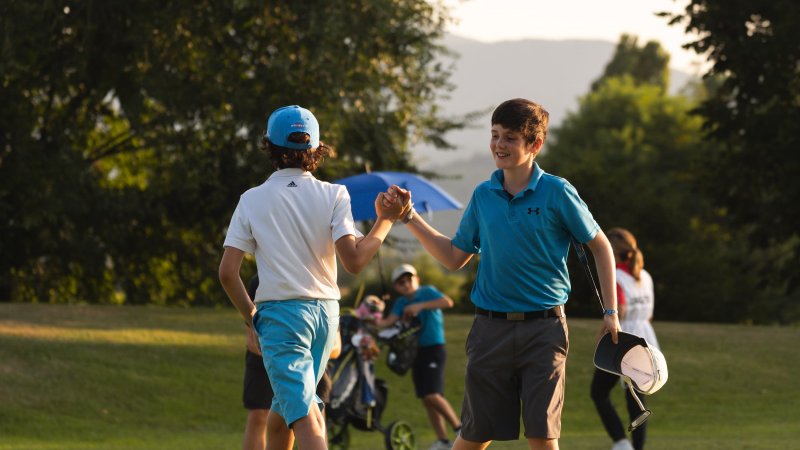